The biggest trend of the last 2 years. But what is Metaverse?

If you follow the worlds of technology, gaming, or crypto (or a combination of these) at any level, you’ve undoubtedly worked hard in recent years if you could avoid the phrase metaverse.

If only for Facebook’s unexpected name change to Meta, there’s a decent chance you’ve heard of the notion.

For this reason alone, it is worthwhile to take seriously what others regard as a transitory fad and hype in technology. 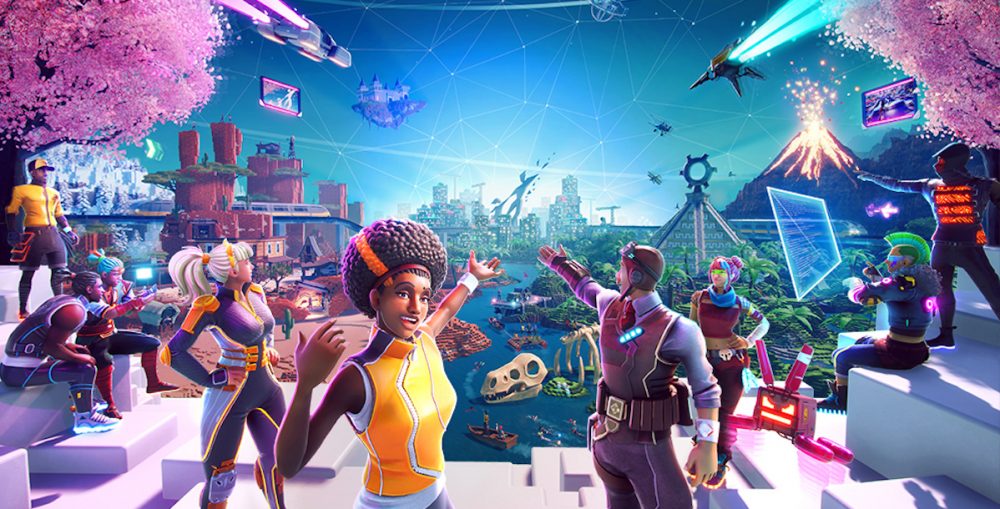 Metaverse 101 and the future

But what precisely is the metaverse?
It’s about as straightforward as Neo’s inquiry to Morpheus in 1999 about what the Matrix is.
In truth, the metaverse is a conceivable future expansion of the Internet, a vision in which humans may become even more one with the digital world, eventually an all-encompassing digital universe.

These merges, when combined with VR and AR (virtual reality and augmented reality) equipment (such as headgear), might make them highly lifelike and perhaps replace certain offline stuff.
Although it is unclear how this metaverse will function and who will manage it, the language is being utilized in the present desire for future-proof technology, games, or NFT-centric initiatives. It will most likely take years until everyone is an important part of a massive system, but here are the fundamental notions so that no one is caught off guard when the neighbor flexes his NFT fence in VR glasses early in the morning tomorrow.

There are several answers to how the metaverse will function, but one thing is certain: it is viewed as the next step for the Internet, a shift away from text-based websites and closed ecosystems and toward a decentralized, collaborative, interactive world populated with user avatars.

Looking ahead, the metaverse will be utilized for everything from meeting new people to playing games, shopping, and even working! The metaverse will not be a website or platform like Facebook or Instagram today, but rather an online area that will allow you to roam freely from one space to another on the same conditions.

The past, NFTs and believers

The majority of it will probably be built on blockchain and NFT technologies. Digital assets called Non-Fungible Tokens (NFTs) are the best representations of virtual property, such as virtual land, since they have scarcity built into them. It’s also possible that well-known NFT initiatives like the Bored Ape Yacht Club and CryptoPunks will have 3D avatars present in the metaverse. Then, these digital assets will be marketable and have a monetary value (which they do currently).

Some of the aforementioned details could be recognizable to you. Virtual reality games, like Second Life, which launched in 2003, have been around for quite some time. If you play Roblox or Fortnite, you’ve definitely heard of the idea of a user-controlled shared server where avatars can hang around and make friends.

These games and the blockchain-based metaverse are very different from one another since in the latter, the user actually owns the gadgets. In Roblox and Fortnite, you may purchase virtual goods with real money that are stored on a central server under the authority of the game creator and never truly become yours. You cannot move your preferred Fortnite dance to, say, a Call of Duty game or sell them to other gamers on other markets. There is no doubt that we are discussing a single transaction.

In the NFT-powered metaverse, you truly own your assets, including your avatar, your land, your digital presence, and everything else, and you can transport them between platforms using your crypto wallet. Interoperability is one of the most significant aspects of the entire metaverse concept, and this is where crypto technology contributes something new to the tech industry: you won’t be trapped onto a single platform, as you are on Facebook, Google, or any other internet giant’s server. 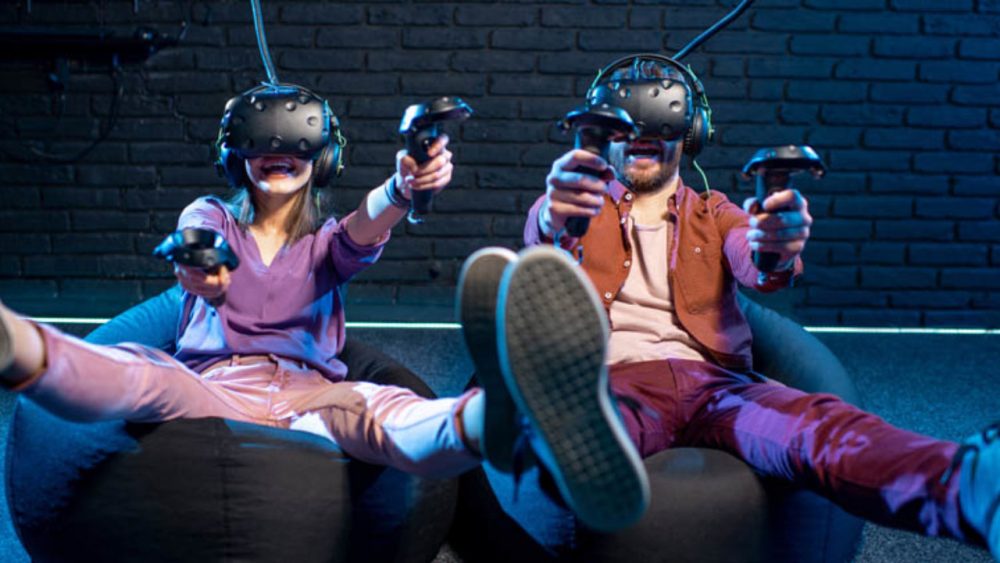 Metaverse advocates also believe that this will bring additional economic benefits to both developers and users, whether it be play-to-earn (P2E) games (such as Axie Infinity), content production, or the design and creation of NFT itself, which can be bought by others. A crypto-based metaverse can democratize the Internet and bring value to everyone, not just the platform operators.

Given that the metaverse is commonly identified by believers as an “immersive” internet, it is not surprising that VR and AR glasses will be key to visualising the world in 3D. Meta (formerly Facebook) has not coincidentally called the metaverse the “Internet incarnate”, which will be much more massive in scale than the current one, not just because of 3D graphics, but because of its sense of digital presence and interactivity. But the metaverse will not just be a world of headsets: it will run on computers and smart devices.

According to Facebook, users will communicate with one another in customizable 3D environments. There will be areas where everyone wants to play cards, for instance, and another area where you can go 3D surfing with a friend. From there, you may visit an NFT exhibition, a virtual casino, a concert, or all three. You can then retire to your unique virtual abode after that.

But it won’t only be available on Facebook; rather, it’s more likely to be the result of a partnership between a number of businesses, including both extremely large tech organizations and little entrepreneurs. A crypto wallet or anything like that enables you to log in to the same system constantly using your own devices may be the common denominator in all of these situations. The goal is to always have access to your digital assets, whether they be a 3D avatar, various game components, or even a user-owned home like NFT.

In other words, no organization, group, or authority will govern the metaverse. It has to be envisioned as being far more open, but yet in a way that enables systems to cooperate in a framework, most likely based on blockchain, that allows for simple movement from one location to another.

A nice illustration of a metaverse, new wave type game is Decentraland. In the Ethereum-based game, participants may purchase virtual land in a shared area (which is of course built on NFT) and develop interactive properties there, like an NFT gallery. This is still a crude attempt in comparison to Facebook’s idea, but it has been around for a while, so it shouldn’t be dismissed.

A comparable idea, a visual environment reminiscent of Minecraft, and the ability for players to make money off their property by selling a range of digital experience packages are all features of the game called The Sandbox. Additionally, landowners have the option of renting their property out for a fee. A lot of famous people have gravitated to The Sandbox, including Snoop Dogg, Adidas, and The Walking Dead, and the land there is already more costly than in other places. 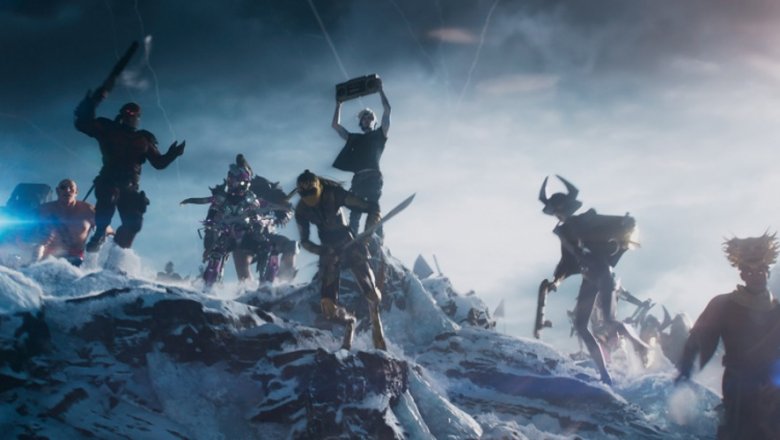 The future, prospects, and builders

The metaverse is seeing an increase in the number of big businesses.
In addition to Facebook, other internet giants include Tencent in China and Microsoft, which acquired game producer Activision Blizzard a few years ago with an overt goal of laying the groundwork for its own metaverse project.

Whether it’s gaming, asset exchange, or infrastructure, there are several firms and groups vying for a piece of the metaverse in the cryptosphere. It seems that everything that is related to blockchain technology might possibly be a part of the metaverse, while the idea is still relatively new and difficult to describe.

Who shops in the metaverse is a worthwhile topic to ask as well. Virtual land sales broke records in 2021 and 2022, with weeks in which $100 million worth of property was sold. On both Decentraland and The Sandbox, multi-million dollar deals are common. Republic Realm, one corporation in particular, has been investing millions of dollars in initiatives, such as purchasing The Sandbox for $4.3 million in November 2021 as the company strives to become a luxury space in the metaverse.

It will be years before many people eventually get something useful from the metaverse, which is one of the reasons it can still seem like a weird craze. It is true that there is a long way to go until early cryptocurrency games, NFTs, and blockchain-based decentralized applications (dapps) are accessible to everyone and mainstream technology. To give an analogy, the metaverse is still in the dial-up internet age even though we are currently living in the realm of 5G.

Facebook claims that the metaverse may become accessible in 5–10 years. While this is a significant amount of time, it demonstrates how far we have progressed from the beginning of the voyage. Building the infrastructure for the metaverse will take years, not to mention developing teamwork, best practices, and solving many problems that aren’t even there now. Today’s typical laptop is unable to manage a busy 3D environment with extremely complex visuals, and VR is still a long way from becoming widely used. AR is also not yet ready to meet the expectations of lone users.

It is, however, a huge opportunity. By 2024, the metaverse might generate an annual revenue of $800 million, according to Bloomberg. Grayscale, on the other hand, already estimates that it will generate $1 trillion in revenue, although they didn’t specify when. Although there are still a lot of unknowns in the metaverse, as we previously stated, investors and companies have already recognized the possibilities.

Even though the complete metaverse idea won’t be implemented for years, you can already experience some of it with Decentraland or CryptoVoxels. In the years to come, there will no doubt be a plethora of enterprises that flourish quickly before quickly dissipating. As with cryptocurrencies today, the mainstream media will unavoidably respond with a gloating story. The metaverse won’t be fully realized for many years, but once it is, the complainers’ lives will undoubtedly change and undergo some extremely intriguing developments.

AMG is a decentralized autonomous organization, bridging the gap between players and web3 game developers, bringin the next billion users into the metaverse.

AMG acquires non-fungible tokens (NFTs) used in blockchain-based games and acts as a trusted party advocating for games in the metaverse, thus bringing more people in.

We are leveraging strong partnerships with games developers and Yield Guild Games to launch our organization to the forefront of the Central/Eastern European gaming market.

AMG DAO has been building a game focused crypto wallet, guild management and other tools to keep contributing to the ecosystem, in order to aid the creation of games with sustainable economies.