Why is web3 gaming good for us?

In previous articles we have talked about what metaverse is and web3 in general.

Let’s examine what these ideas mean in the context of games and why it benefits us as common users.

What is Web3 gaming?

Web3 gaming is a decentralized gaming process in which any central authority is removed from the operations of a gaming ecosystem or gaming platform, specifically the ownership of gaming assets and decision-making in all game-related areas. Gaming is only one of the many industries that Web3 has transformed. Web3-based games offer players the opportunity to interact with the games in novel and decentralized ways, which represents a significant change from traditional gaming platforms. With the aid of cryptocurrencies and NFTs, people can play to win. By democratizing all facets of gaming, this removes the need for a single central authority within a game and instead places the power in the hands of the player.

Although in-game items can be bought with real money in traditional gaming or redeemed for rewards, game developers still retain ownership of the in-game material. Simply put, gamers do not own the digital items they use in-game. Instead, ownership in traditional gaming just serves as a permit for participation in the game’s features.

Additionally, all game-related data is stored on centralized gaming servers, which are managed and controlled by game administrators. The ability to monitor and approve a deal in which players desire to exchange their virtual goods in order to benefit is not something that game creators are equipped with.

Gray markets have emerged as a result of the inefficiency of centralized servers and traditional gaming, giving hackers and con artists a place to operate. They take advantage of the players while giving developers and administrators no advantages. Failure on the part of administrators to protect gaming systems and gamers from outages and cyberattacks. The centralized server’s inability to protect itself from hackers puts the digital assets at a significant risk of loss, fraud, and theft.

Even though we have mentioned this game countless times, it is still a must-play because it was the first web3 game that was functional and competetive and it continues to have the largest player base and the most Guild members.

The tiny characters, known as Axies, are oval-shaped pets that may be trained and personalized to suit a player’s interests. A nonfungible token that represents each individual Axie makes it unique (NFT). In the Axie Infinity Adventure Mode and the game’s Arena, axies are used to fight creatures and other players. A player can obtain in-game rewards that have real-world worth by taking on Axies.

The new fight version of Axie Infinity, Axie Origin, features original game mechanics, artwork, a compelling plot, and more. Axie Origin is ideal for new users because it does not have an admission cost like its predecessor had, which makes it different.

Players receive three free starter Axies as part of the Axie Infinity Origin update so they may enjoy adventure mode and player-versus-player combat. With beginning Axies, you can play the game without spending any money, but you can’t get rewards.

Players require access to a Web 3.0 digital wallet, such as MetaMask or Ronin, in order to start playing Axie Infinity. This cryptocurrency wallet can be used to deposit funds into your Axie Infinity account and to withdraw gaming rewards. You may find, hunt, and capture more than 100 Illuvials, ferocious monsters that rule this strange world and each have their own special skills and hybrid combinations. To improve the strength and value of your Illuvials and create the ideal Illuvial squad, you can train and fuse them into strong evolutions.

Playing the game, finishing PVE quests, achieving unique feats, and winning prizes in competitions and events will earn you cryptocurrency in the form of ILV tokens as in-game incentives.
The Leviathan Arena is a PVP Battle Arena where players can engage in combat to determine who is the most powerful Ranger on Illuvium. You can take part in these fights and/or place bets on them.
Because of the integration with Immutable X, you can sell and trade captured Illuvials, farmed resources, and other collectible/crafted NFT items on the IlluviDEX, Illuvium’s NFT marketplace, with no gas fees for peer-to-peer trading and instant transactions. As you fight your way through history, discover ancient mysteries and cutting-edge civilizations. As you engage in battle and eliminate opponents, gather rare digital items and tokens. Play games, create digital collectibles, hang out with friends, and earn in-game stuff and tokens. You have INFINITE replayability thanks to the endless settings and adventure instances. There are countless ways to play.

In Big Time, you take on the role of a time traveler who has been asked to join the greatest adventure in human history at the edge of the cosmos.
Your quest will take you to the furthest regions of time and space, where you’ll run into a number of well-known characters as well as old secrets and deadly perils.
Big Time will be accessible to all players and won’t charge you to access any in-game extra stuff.

The game is set to release worldwide in 2023 but has already peaked a lot of interest among content creators and gaming communities.

The Wake is the first and biggest isometric MMORPG in the world to incorporate Norse mythology into its metaverse.
The Wakegame is an NFT-based system that employs the in-game $TWAKE token. The game gives players NFT, Loot boxes, $TWAKE tokens, and numerous rewards in addition to activities, events, and tournaments.
The project’s server infrastructure can accommodate more than 1(Expandable) million players at once and offers a distinctively captivating gaming experience to the blockchain and international game market.

Choose your character and explore 9 realms, 400+ missions, 80+ dungeons, castle and land wars, a PvP arena, god wars, and much more in The Wake metaverse!
You may play The Wake thanks to a group of Web2 game creators who have worked on games like God of Wars, Eve Online, The Witch Wild Hunt, GTA V, Silk Road Online, and Anthem.

Every sort of gamer will find something to like in the dynamic environment of The Wake. You can either challenge yourself to killing the bosses or follow the storyline with missions, choose a profession and work as a blacksmith or a fisherman, for example. You can also play in the PVP section to gain rewards.
Tokens, NFTs, and lootbox awards are all in-game benefits that players can obtain.
Players begin the game with basic equipment like clothes and weapons, which is sufficient to fight and kill enemies but insufficient for completing missions and conquering dungeons. Each ten levels will see an enhancement for these items.
To sum up, they made the game with a variety of in-game activities to maximize user spending and playing time. 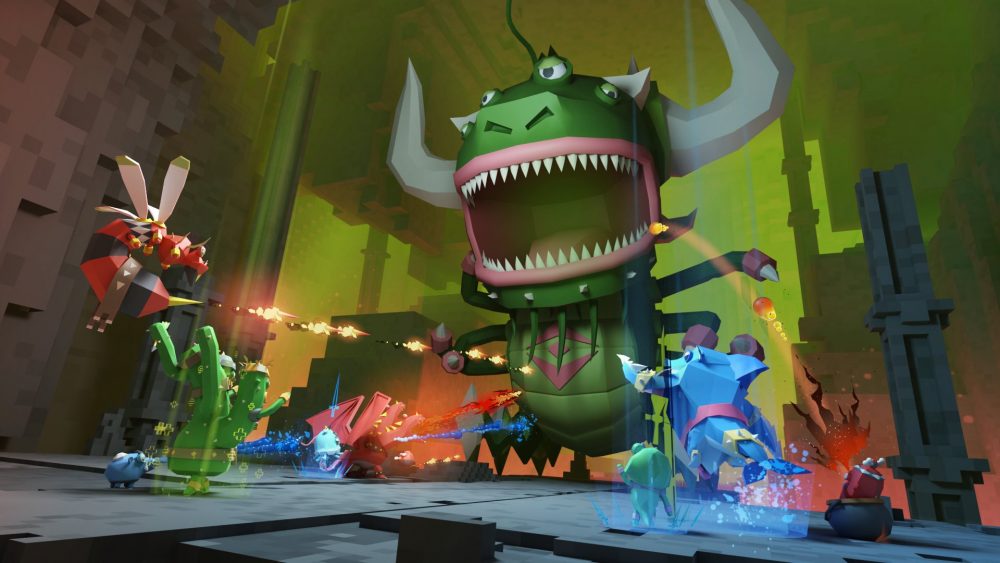 A blockchain-based game featuring a large population of unusual small animals known as ZEE NFTs serves as the foundation for the creator platform Zeeverse. More than 250 different ZEE types are available for collection and combat, with endless variants. Each is special and exclusively yours.
You can battle other players, build and farm on your lands, build dungeons, explore different dungeons, hunt for riches, fight epic bosses with friends, find treasures, and travel Zeeverse to experience epic adventures.

The amount of effort you put into training your ZEE for fight determines how strong your ZEE will be in Zeeverse. The value of ZEE NFT is efficiently translated into invested labour. ZEE is Proof of Work.
This ZEE value opens up opportunities for quests, unique abilities, and resource collection, all of which the community uses to create Zeeverse.
Zeeverse is a product of the community since it was created by the community.

Zeeverse wants to be a relaxed, friendly environment. The richness of gameplay and sophisticated meta-game features are provided by turn-based strategic games with a significant social overlay.
It will be possible to play with friends, meet new people, and develop lasting friendships thanks to social tools like chat, buddy lists, trading, and custom party formation. Social islands will be available for players to use so they may unwind, converse, and practice battles in real-time. ArchLoot, a UGC (user-generated content) NFT game with loot-style composability and playability, was released in 2022. Built on the BNB Chain, it offers the first interactive gaming in the sector, fully enabling on-chain implementation of upgradeable characters/props NFTs and unleashing its playability and resilience for user-generated content potential. The game aims to create an environment that successfully strikes a balance between playability, accessibility, and profitability, including a fantastic game and a creative community.
The team now has 40 experienced employees and is currently operating across continents after assembling skills from the top game publisher in the world, blockchain initiatives, and financial elites. To maintain fully financed operations and meet milestone goals, the project has been growing its network of investors and partnerships, including Binance NFT, FBG Capital, Alphabet, and YGG SEA.

You must first put together your own monster from a variety of parts in order to play. Following that, you can choose to enter the wealthy prizes with a hunting license or test the free hunting mode.
There are five different types of monster parts, all of which are NFTs: torso, head, upper and lower limbs, and accessories. The rest are only attached; the torso is necessary. In the evolution interface, you may stretch, resize, and put these components wherever on the torso. You can also alter your monsters at any time.
According to their rarity, monster parts are categorized into four levels: common, rare, epic, and legendary, which correlate to 1, 2, 3, and 4 qualities, respectively. A few of these components also have unique special abilities.
By ingesting the appropriate resources, players can enhance monster parts and increase their attribute values. You must consume parts of the same level to strengthen epic and legendary parts.
In addition to their fundamental qualities, some sections also have exceptional abilities. The number of skills that each monster can have through parts is unlimited, but you can only select to use up to three of them in combat. To win battles, you are free to match your own qualities with your skill combinations.
The components can be obtained directly from the market, as rewards for purchasing hunting licenses, as dungeon quest rewards, and as attachments.

Of course, with more than 40 games currently accessible on our app, there are many more to test and keep an eye on in addition to those that are listed above.
To ensure that only the greatest and most lucrative games are introduced to our app in the future, our scouts are always searching for new titles, and we test them with the assistance of Game Masters.

Here are a few more games we are playing or will be playing this year just to be thorough:

As you can see, we have plenty of games and opportunities.
You can join us on our Discord and start earning money: https://bit.ly/3GNMTxs

AMG is a decentralized autonomous organization, bridging the gap between players and web3 game developers, bringin the next billion users into the metaverse.

AMG acquires non-fungible tokens (NFTs) used in blockchain-based games and acts as a trusted party advocating for games in the metaverse, thus bringing more people in.

We are leveraging strong partnerships with games developers and Yield Guild Games to launch our organization to the forefront of the Central/Eastern European gaming market.

AMG DAO has been building a game focused crypto wallet, guild management and other tools to keep contributing to the ecosystem, in order to aid the creation of games with sustainable economies.